Part 1 of 3. Produced in 2014 for Kamusta? Magazine.
Words by Roehl Niño Bautista. Photos by Joseph Angan.

We were told there was a festival ongoing but no banderitas hung on the streets, no bands with sad-sounding trumpets played a merry tune, no majorette forced a smile while twirling a baton under the noontime sun. There were no vendors scattered along the sidewalks, no tourists and onlookers strolling on the streets.

In this celebration, the unpaved road along Sitio San Pedro in San Jose, Tarlac was empty

Only the banging of gongs and strumming of guitars could be heard. Small sacks were being woven from coconut leaves, to be containers for sticky rice cakes.

Members of the Abelling tribe gathered at the hut of Apo Totoy, the leader of elders believed to be possessed by the anito, or spirits that govern their daily lives. He was in charge of the Anito Festival, the first in 10 years and his last as the spirits’ anointed host.

Apo Totoy had frizzy white hair, and his toothless-looking smile was ever welcoming. We tried asking for his age, but we were told the elders don’t know when they’re born.

Inside Apo Totoy’s hut, the ladies were busy frying another variant of sticky rice cake. A handful of kids sat around an older girl in charge of the gong. She must continue playing the beat while preparations went on, at least until she’s told to stop. Tired, she briefly passed the duty to a younger boy.

The hut, which stood on stilts, was large enough to fit two to three cars. Around five women elders each wearing a red bandana and sash began shaking their heads wildly as the guitar strumming became stronger.

“Sinasaniban na sila ng anito. Pagkatapos niyan, wala na silang maaalala,” a local told us. (“They’re being possessed by the anito. They won’t remember any of this.”)

We stood aside as the elders started dancing: the steps were varied, unorganized, no semblance of choreography. This was not a performance for show, after all — not a sideshow for a parade, definitely not a field demonstration.

They were moving in reaction to the anito’s possession

“Kapag may inaakyat na gamit o dekorasyon, kailangan nilang salubungin ng sayaw,” said Mang Johnny. “Tuloy-tuloy iyan hanggang tanghalian.” (“They have to greet the offering with a dance. This goes on until noon.”)

The music kept on playing as other members of the Abelling tribe climbed up the hut to watch. There were no head-to-toe tribal costumes, just the red cloths tied across the ladies’ forehead and chests. The crowd left inside were made up of older Abelling. The kids were outside, playing a Galaga-like game with a mobile phone.

This noontime dancing, it seemed, was just a teaser.

Christianity came to the Abelling Tribe after the Japanese occupation ended. Prior to this, the choice of offering for the anito, Mang Johnny said, was totally different.

“Mabangis daw ang mga Abelling noon, hindi palakaibigan,” he told us. “Dati, hindi baboy ang inaalay. Tao.” (“The Abelling back then were fierce, and they didn’t make friends with outsiders. Back then, the sacrifice wasn’t a pig. It was a person.”)

Just then a short man entered, wearing a blue shirt from a university based in Metro Manila. He carried long cuts of bamboo inside the hut. His name was Wilson Robiños, and he was known in these parts as Mang Berting.

“Sa kaniya ipapasa ang anito. Depende sa kaniya kung babalik ang anito,” said one of the women. At this point, we were confused: we heard this could be the last pag-aanito because the elders were dying, but now there’s a potential successor in the room.

That weekend’s Anito Festival, it turns out, is about two different ceremonies rolled into one. 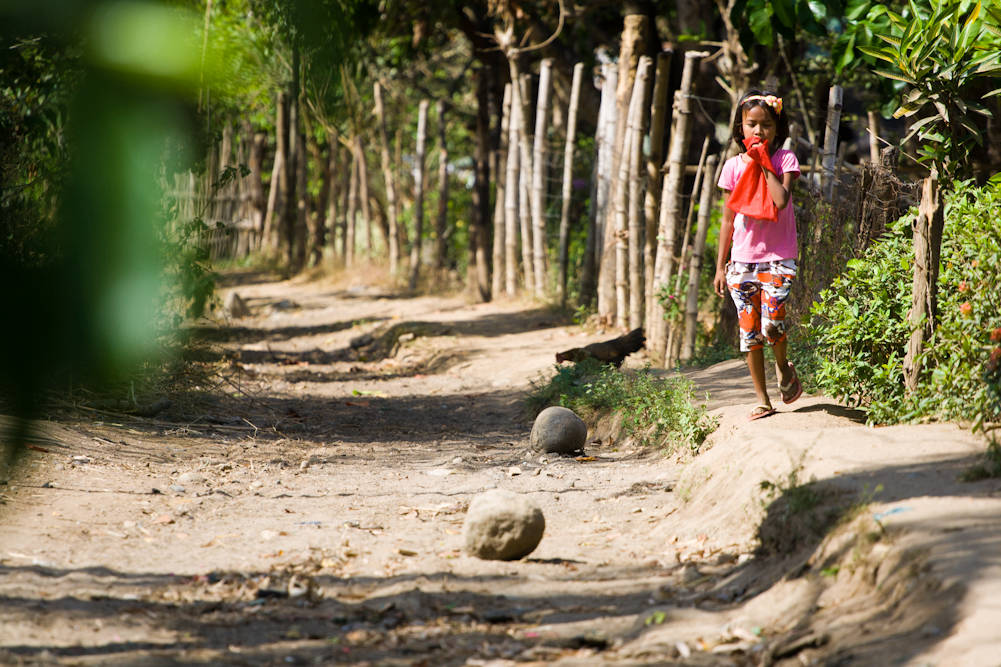 The first in ten years 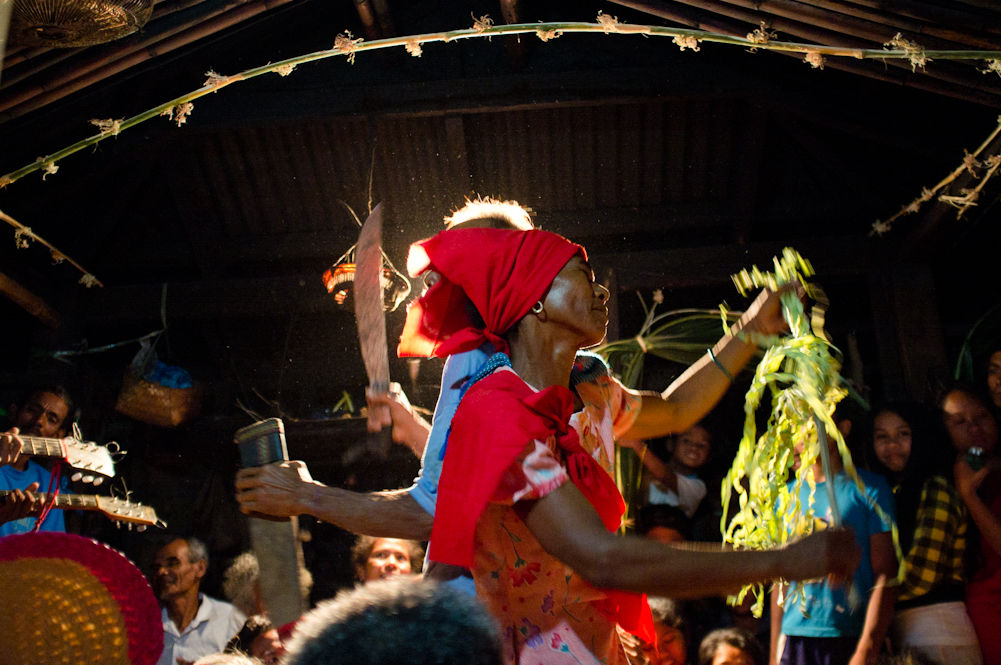 Dancing to summon a long-lost spirit 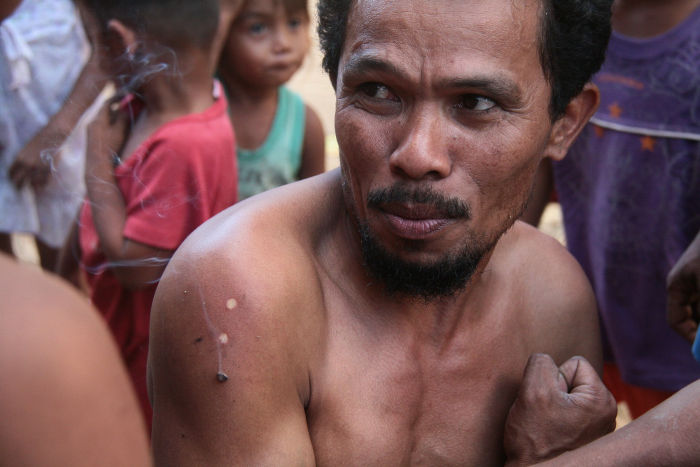